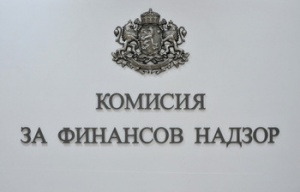 The primary mission of the institution is to assist through legal, administrative and informational means for the maintenance of stability and transparency on the non-banking financial sector, and to ensure the protection of the consumers of financial services and products.

The current composition of the Commission is directly elected by the National Assembly of Bulgaria on 15 July 2010 and is composed as follows.

Chairman of FSC
He was elected by the National Assembly of Republic of Bulgaria on the 16th of June 2010 with a 6-year term of office.

Fluent in English and Russian language.

Lecturer at the New Bulgarian University.
Fluent in French.

Elected by the National Assembly of the Republic of Bulgaria on January 24th, 2014 for a 6-year term.
Mrs Agayn-Guri was born on December 2nd, 1976 in Sofia. She holds a Master’s degree in Business Administration from the Saïd Business School – University of Oxford, as well as a Bachelor’s and Master ‘s degree in International Economic Relations from the University of National and World Economy, Sofia.
From May, 2009 to July, 2010 Mrs Agayn-Guri was a Deputy Chairperson of the FSC in charge of the Investment Supervision Division. From April, 2005 to May, 2009, she served as a FSC’s Deputy Chairperson in charge of the Insurance Supervision Division .
Since 2008, she has been teaching courses of the Master’s program in Insurance Supervision at the Insurance and Finance High School /VUZF/, Sofia.
In 2001 Mrs Agayn-Guri was elected MP of the 39th National Assembly (2001 – 2005), where she also served as a Chairperson of the Subcommittee on Capital Markets at the Economic Policy Committee, Vice-Chairperson of the Bulgaria – U.S. Friendship Group and a member of the Permanent Delegation to NATO’ s Parliamentary Assembly.
In the period from 1998 to 2001, she worked as a financial analyst at CC & Co.
Mrs Agayn-Guri is a co-author of the books “Corporate Governance in Development: Bulgaria 2002 – 2004” and “Bulgaria’s Wall Street”.
She is also a member of the Boards of Trustees of “Junior Achievement”, Bulgaria and the “Workshop for Civil Initiatives”.

Mrs Agayn-Guri is fluent in English.

Mr Vladimir Savov was elected by the National Assembly of the Republic of Bulgaria on January 24th, 2014 for a 6-year term.
Mr Savov was born on August 24th, 1971 in Varna. He holds a MBA Degree from the London Business School and a Master’s in International Economic Relations from the University of National and World Economy, Sofia.
Between 1993 and 1998, he worked for Unicredit Bulbank as a manager of Correspondent relations with foreign countries. In 1999 Vladimir Savov completed internships at the departments of Central and Eastern Europe and Global Depository Receipts in The Bank of New York, London. From 2000 to 2009, he worked in Moscow, initially as a senior analyst at Brunswick UBS, and from 2003 to 2006 as a Deputy Director and subsequently – Director of Analysis on the Banking and Consumer Sectors Unit at the Uralsib Capital Bank. Between 2006 and 2009, he was Director of the Analysis Department at the Credit Suisse Investment Bank, and from 2009 to 2013, Mr. Savov was a Managing Director, Head of the Analysis Department at “Otkritie” Financial Corporation, the biggest private financial holding in Russia.
In his professional career, he has gained rich experience in the field of financial analysis and strategies, investments, capital markets, banking and international finance.

Mr Vladimir Savov is fluent in English and Russian.

BAIB primary mission is to promote a regulatory environment in which brokers can prosper and that, at the same time, ensures fair competition, an adequate level of consumer protection and a sound insurance market.